learn about our history.

It is divided into two houses: Alhinho and Dente de Alho. If it is your interest to rent the whole cottage, for a maximum of five adults, please contact us first.
It is the cottage with the largest dimensions of the entire property, having a vast lawn and being surrounded by many indigenous plants. The origin of its name comes from the fact that the cottage was, originally, the home for a family of settlers named Alho (Garlick). Traditionally, this one was the country house for the Câmara family until the central fruit warehouse was recovered for that purpose.

For those who are fond of comfort, this cottage offers the convenience of having a car-park right at the door. The origin of the name Levadinha comes from a water-course that runs throughout the year along the façade of the cottage, which originally belonged to a family of farmers. 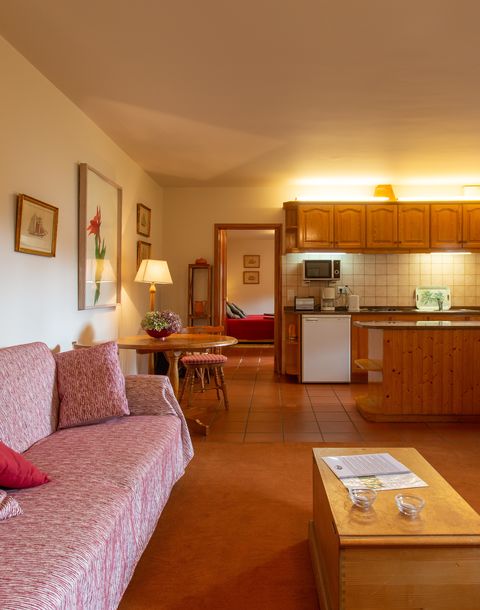 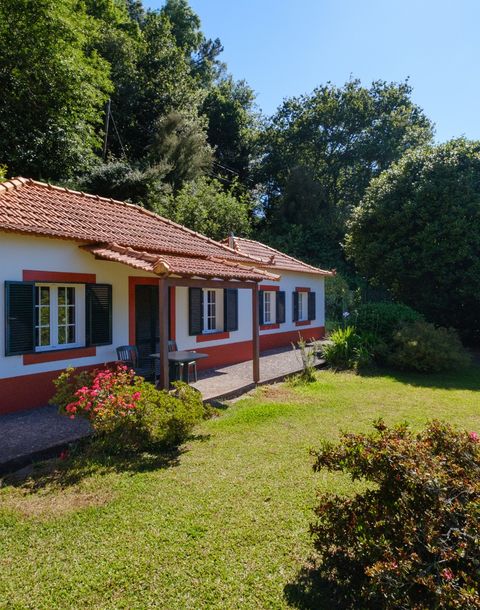 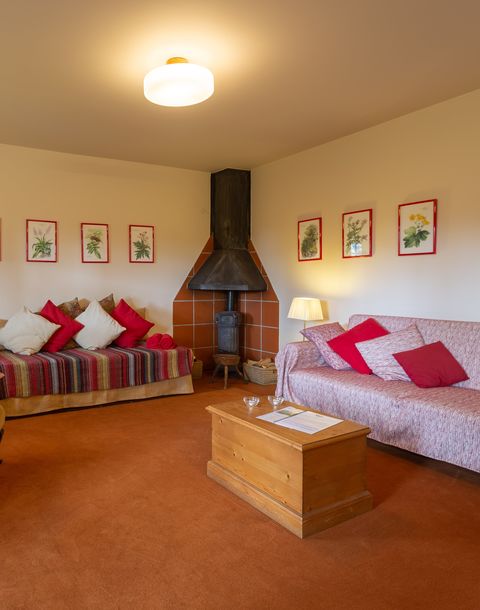 Casa do Campo is only a one-storey cottage, but it offers its guests the desirable convenience of having a car-park right at the door. This is the other cottage that was also built from scratch in 2003, but its interiors and exteriors exude comfort and charm and evoke the authenticity of country life from a past age. Its visitors are surrounded by fabulous sceneries and are privileged with an atmosphere of peacefulness and silence. 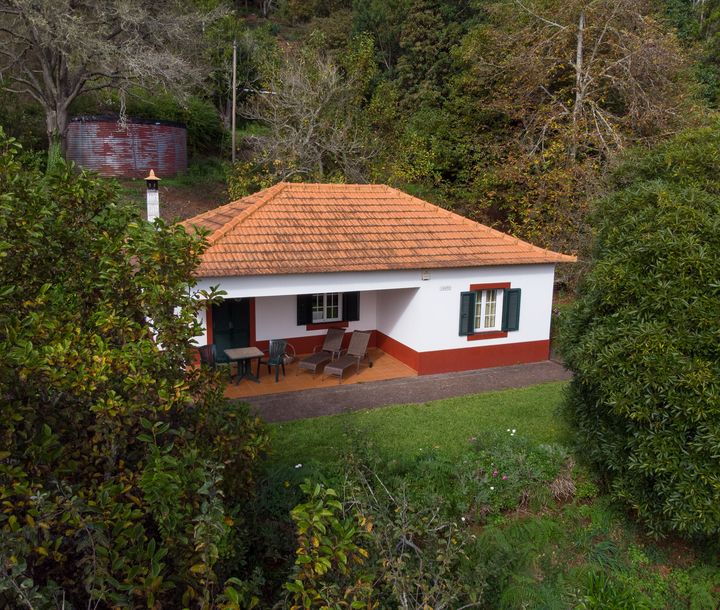 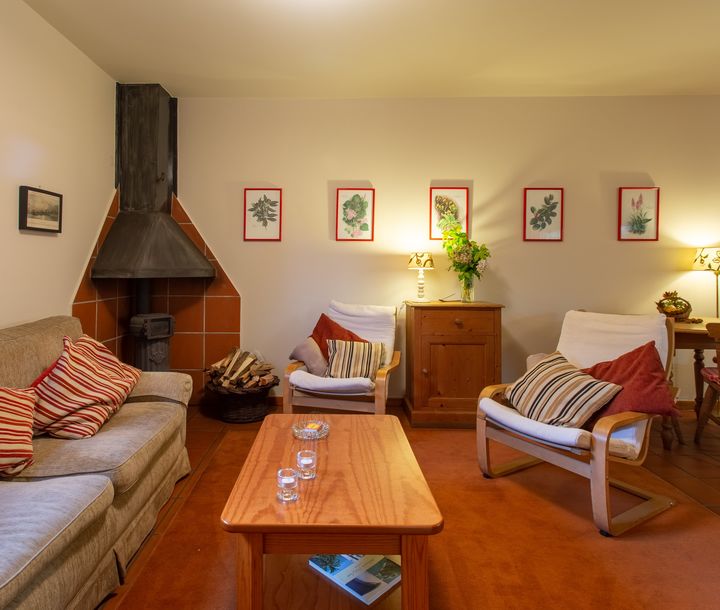 Its visitors have at their disposal a double bedroom, with a lodging capacity for two persons, a bathroom, a kitchen and a living room with a cosy fireplace. At the back of the cottage we can find a vast and thick pine tree that covers the whole ground with pine-cones in the autumn. This cottage was used to store the property’s pine-cones, hence the origin of its name. 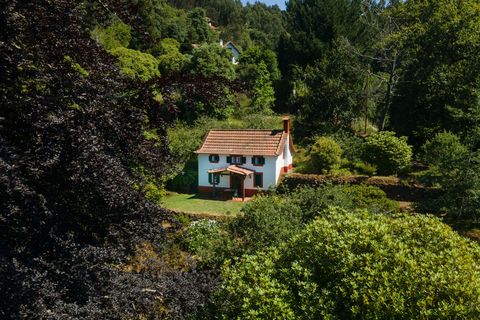 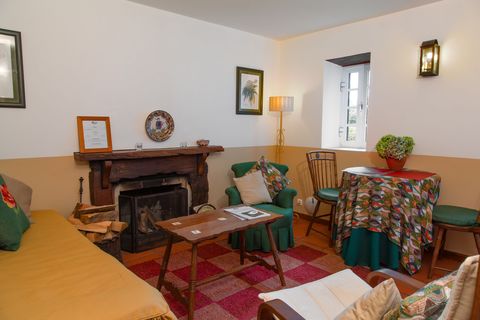 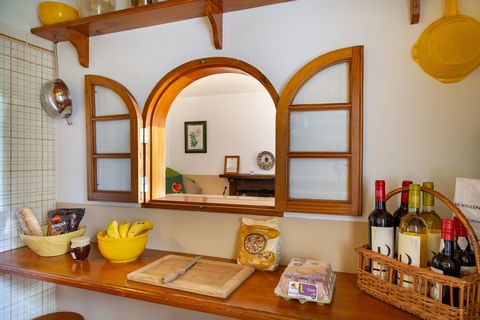 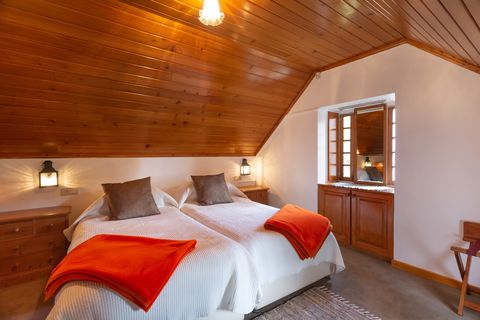 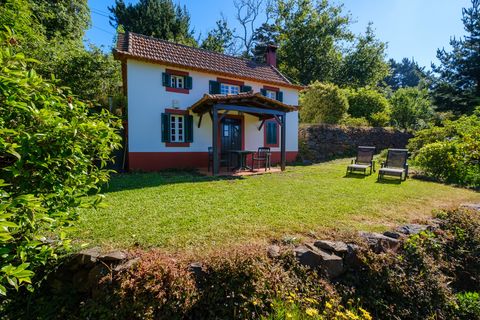 The cottage’s facilities include a bedroom (at a “mezzanine” level) that can lodge up to two persons, a bathroom, a kitchen and a cosy living-room with a fireplace. This construction is more than two hundred years old and this is the oldest house in all the property. The former kitchen, which was detached from the cottage, is currently the storage-room. The cottage was used for storing wheat before it was ground in the threshing-floor, and in this day and age we can still see this threshing floor from the front of the cottage. 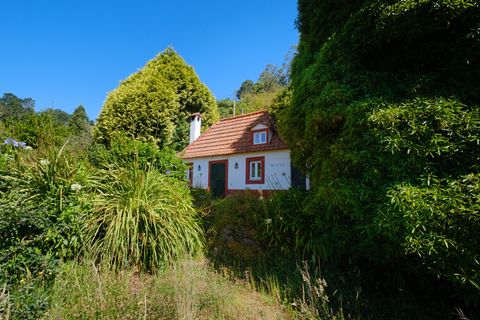 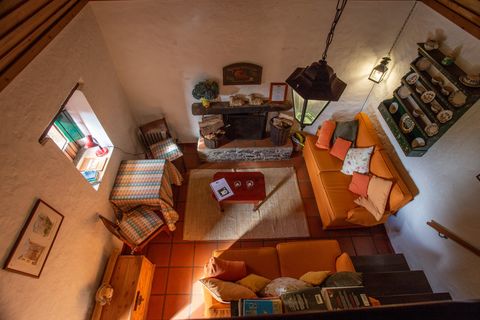 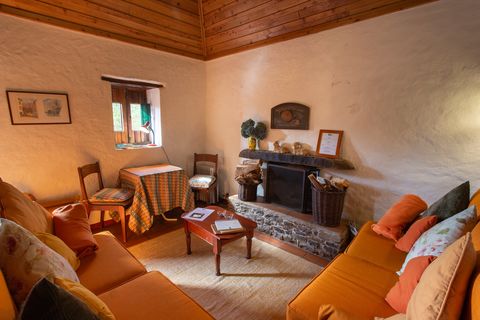 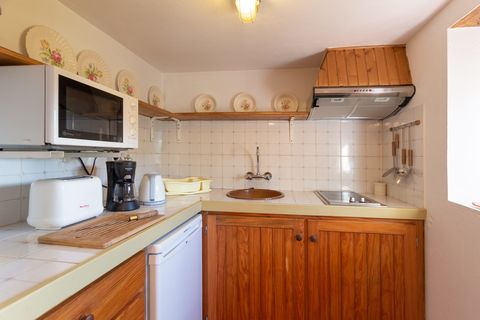 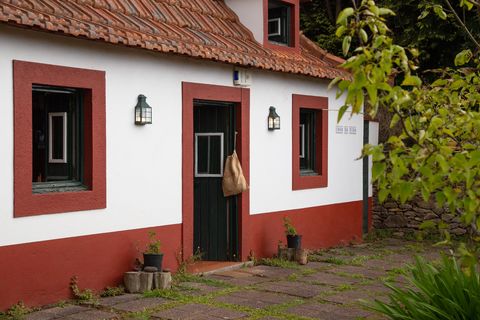 Palheirinho is a charming two-storey building that offers its guests the benefit of parking right at the door. Palheirinho won its name since it had been the estate stable, where a horse named Campino used to live in. The current garden was where the horse used to graze at. 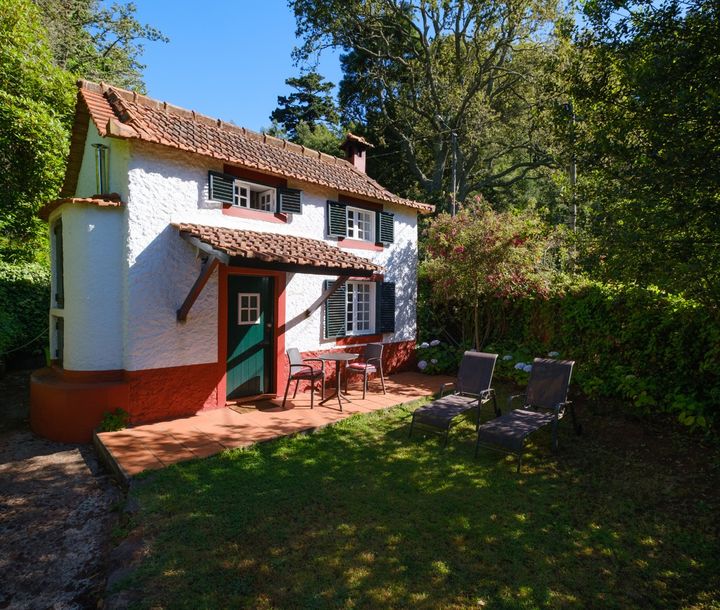 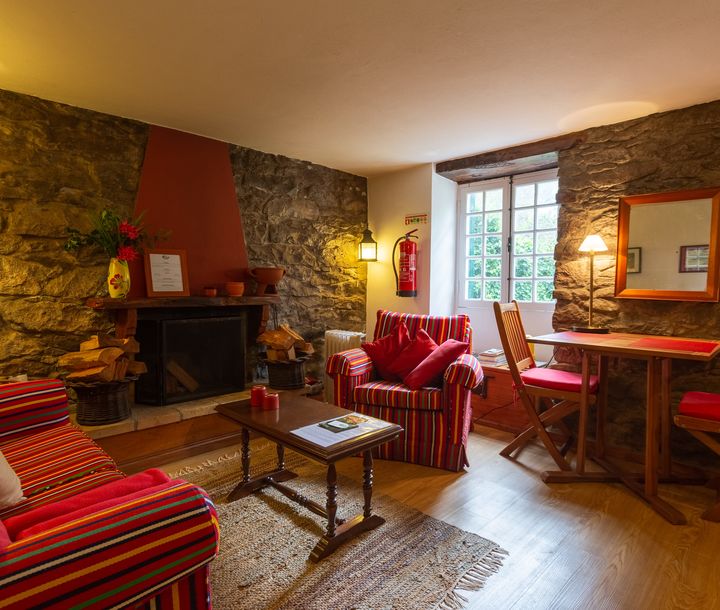 Quite small and cosy, this cottage is more than one hundred and fifty years old and it had been the home for the bailiff of the estate for three consecutive generations. The kitchen, faithful to the tradition of the houses built at that time, is a small construction separate from the mother house and is currently a storage-room. Its name was put down to due to the vast apple-tree orchard surrounding the cottage.

Casa da Vaquinha is a two-storey cottage and its parking is in the main car park, only 50 meters away. It has two bedrooms, lodging up to four persons, with two bathrooms, a kitchen and a living-room with a fireplace.

The building is approximately 200 years old and it was the cottage where all the property’s cows were kept. The garden area used to be the nitre bed where manure for the soil was produced. It was one of the first cottages to be recovered, between 1993 and 1994. 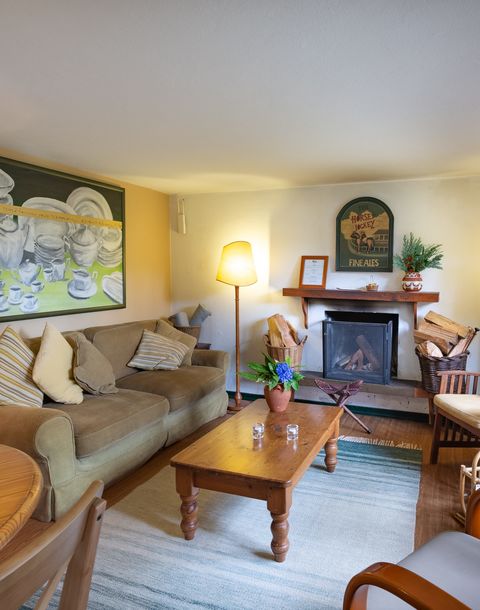 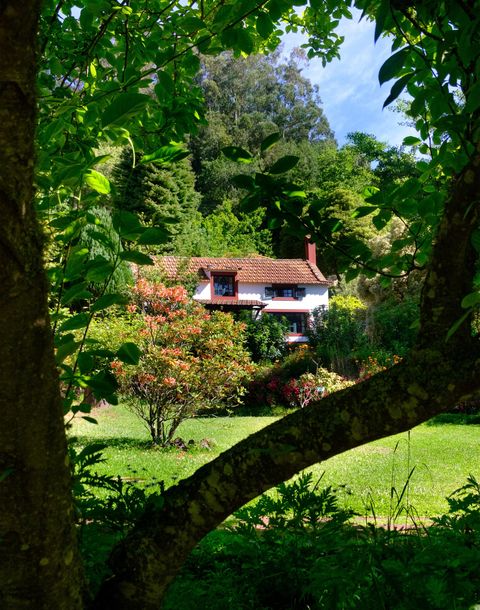 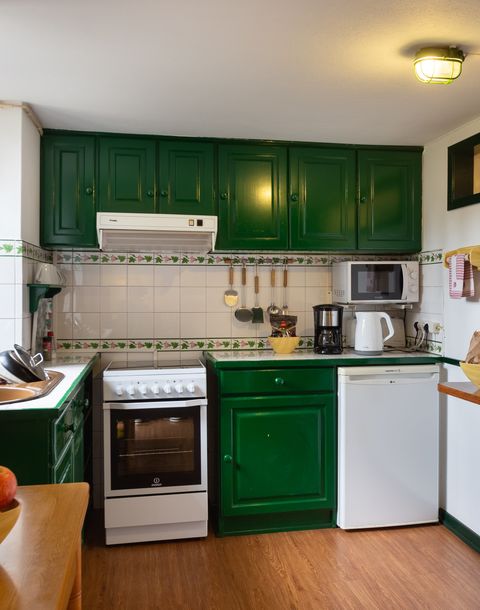 Casa da Castanha is the most recent reconstruction of Casas Valleparaizo. It has an annex Bolota. It is a cottage with a vast lawn and a superb view, as it is at the top of the property, very close to Levada da Serra. 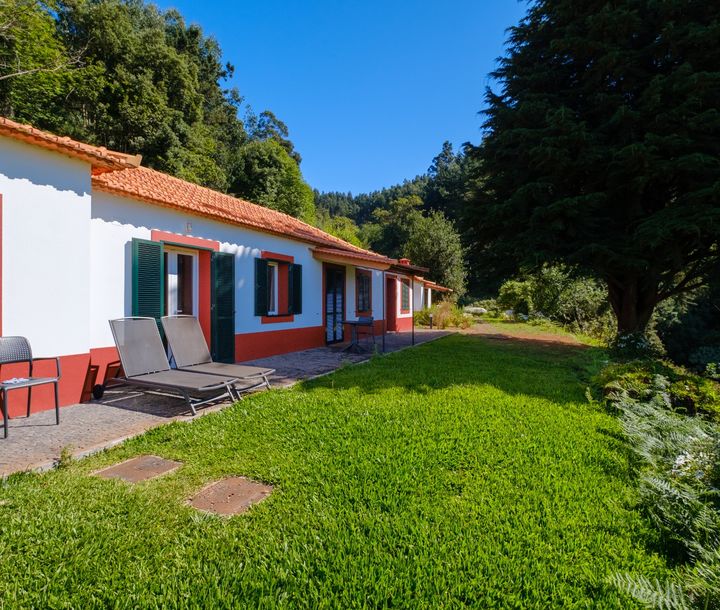 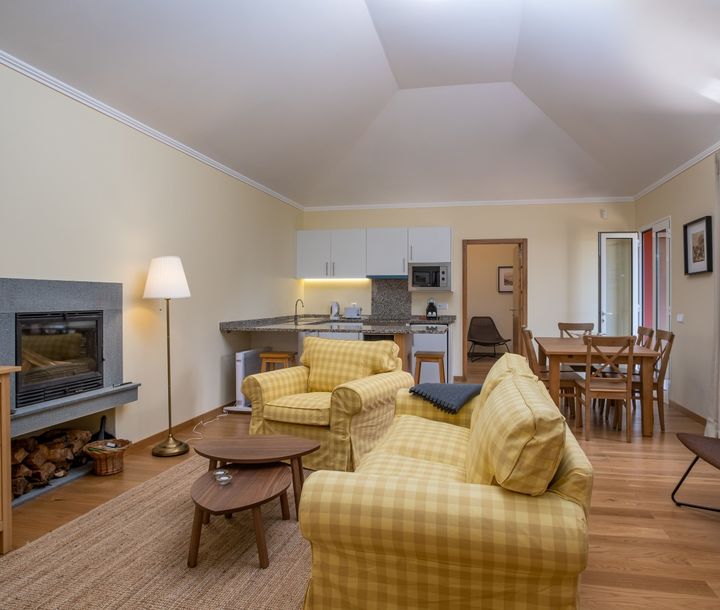 Don't wait any longer, continue with your reservation and enjoy the best price online.
Book Now